MEM remembers Boss, one of our original therapy dogs 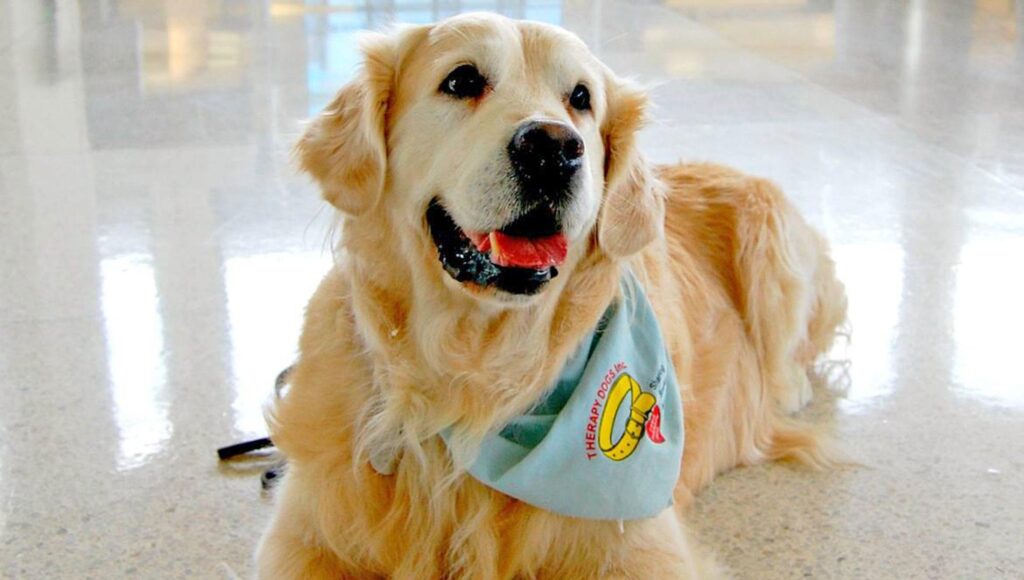 MEM mourns the recent passing of Boss, a 14-year-old English golden retriever who was part of our original team of therapy dogs that began working at the airport in 2014. Boss quickly endeared himself to passengers and employees alike and was best known for putting his leash in his mouth and “walking” himself around the airport as he greeted passengers. His calm, gentle demeanor was a welcome presence at MEM, bringing smiles to passengers and only requiring a belly rub or two in exchange for his company. We could always count on Boss to serve on the welcoming committee for events such as the Fantasy Flight, Snowball Express and Forever Young trips for World War II veterans.

A part of the West Memphis Therapy Dogs, Boss reached far more than MEM passengers: he was a regular visitor at St. Jude Children’s Research Hospital, Temple Israel, Hospice, Thrive Memphis and West Cancer Center, where he served as a mascot. He is survived by his human, Jo Anne Fusco and his apprentice Keys, who is continuing Boss’s legacy on the therapy dog team. Rest in peace, Boss. We love you! 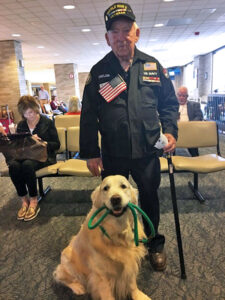 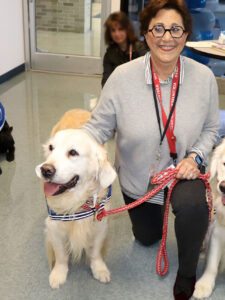 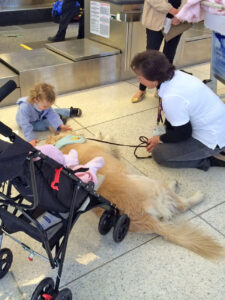