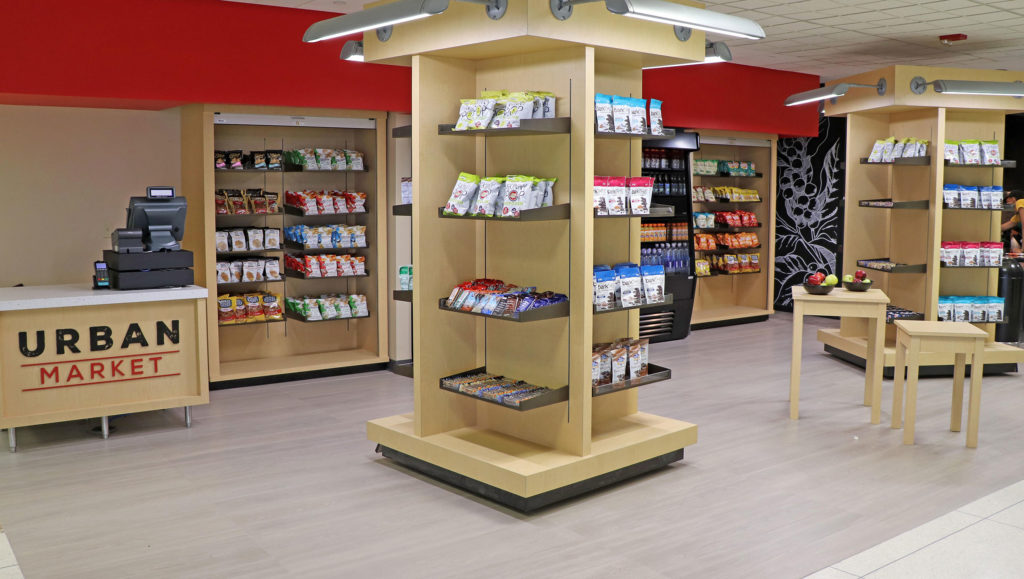 MEMPHIS, Tenn. (Dec. 22, 2017) — In preparation for its concourse modernization project, Memphis International Airport (MEM) has added new food and beverage options for passengers and has relocated the PGA Tour Shop. The new airport amenities are designed to accommodate the increased flow of passengers to the A and C Concourses during construction on the B Concourse.

HMS Host, which operates many of the food and beverage businesses in the airport, has opened a first-of-its-kind Cinnabon concept on the C Concourse near gate C14. While Cinnabon operated in a shared space with Moe’s Southwest Grill previously, the Cinnabon Baked To Go concept will allows for expanded offerings such as Cinnabon cookies and brownies as well as the restaurant’s traditional fare such as the “minis,” pecan rolls and “the classic.” All of the food is fresh baked on location.

HMS Host has also opened two new food and beverage locations near the B checkpoint, at the former Blue Note Café location. These include a new Starbucks and Urban Market, a grab-and-go food concept. The PGA Tour Shop, operated by Paradies Lagardère, has relocated from concourse B to this area, as well.

The modernization project will result in the temporary closure of the B concourse in early 2018 for construction. At that point, all airlines, retail and food and beverage businesses will operate out of Concourses A and C.