Former congressman and United Nations ambassador Andrew Young, King’s chief aide and confidante, was the featured guest and speaker at the event. Young was with the civil rights leader on that final flight and when King was assassinated on April 4, 1968, in Memphis.

Included with the commemoration event were a number of images of King’s final days in Memphis presented from the collection of reknowned photojournalist and native Memphian Ernest Withers. Withers, best known for capturing over 60 years of African American history in the segregated South, traveled with King and captured some of the only known images of King’s arrival at the Memphis airport.

King, who promoted civil rights activism through nonviolence, arrived in Memphis on the morning of April 3, 1968, on Eastern Airlines Flight 381. Later that day he delivered his “I’ve Been to the Mountaintop” sermon at Mason Temple Church of God in Christ.

On April 4 as King stood on a second-floor balcony at the Lorraine Motel in Downtown Memphis, he was shot by James Earl Ray at 6:01 p.m. After emergency surgery at nearby St. Joseph’s Hospital, King was pronounced dead an hour later.

The marker was dedicated on the 49th anniversary of King’s last flight.

The historical marker was funded by First Tennessee Bank, which is part of Memphis-based First Horizon National Corp. 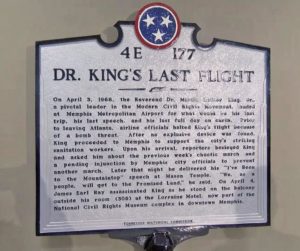 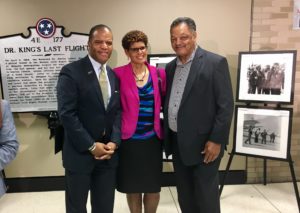 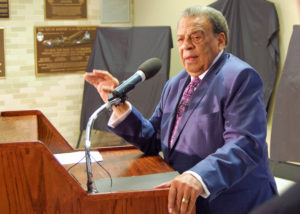 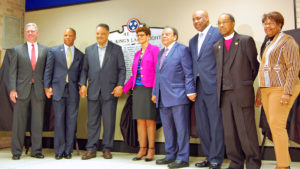 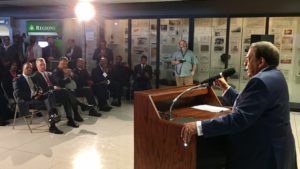 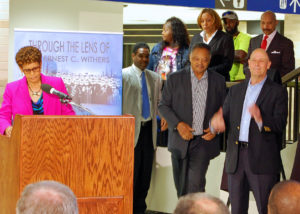 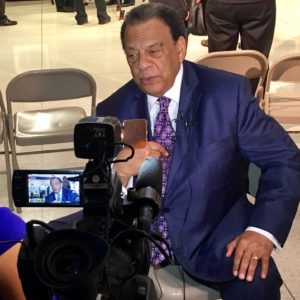 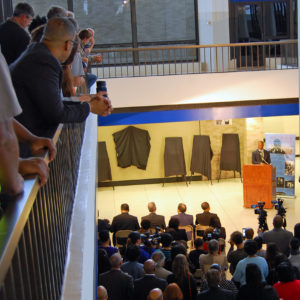 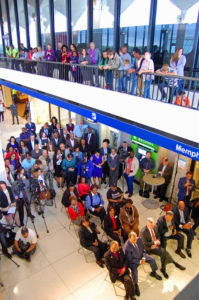