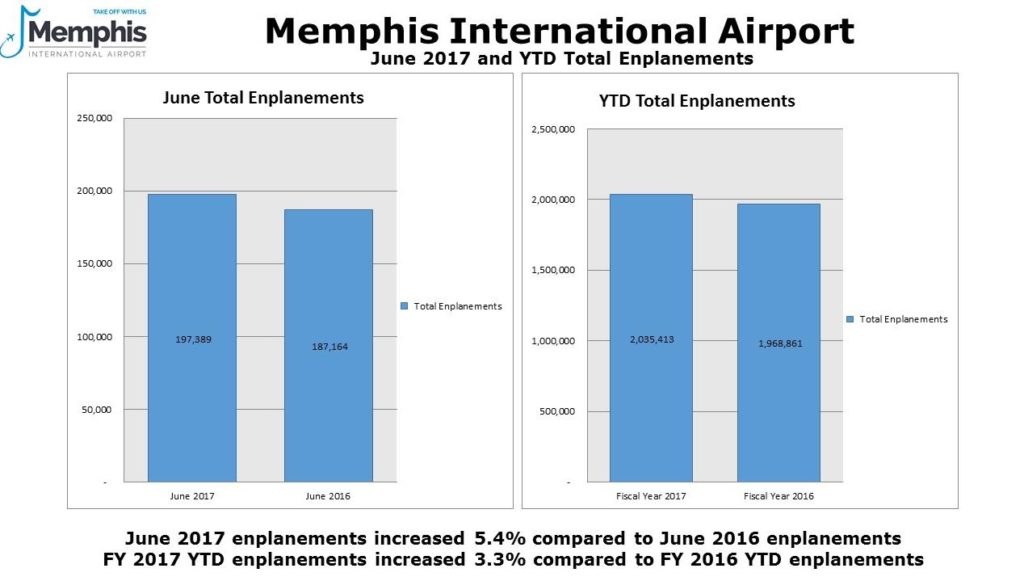 June’s total of 197,389 enplanements also exceeded the Airport Authority’s projected enplanements for the month by more than 14,000.

Also notable is the increase in available seats at MEM, with June featuring an average of 7,650 seats per day, an increase of more than 200 seats per day compared to May 2017. Increased passenger numbers and seats are a reflection of a growing MEM market that has experienced flight additions such as Air Canada’s nonstop service to Toronto, summer seasonal flights by Southwest and Allegiant, as well as larger planes added by other carriers such as Frontier. In June, MEM averaged an 85% load factor, which refers to the percentage of available seats that are filled by passengers.

“We are excited to see this type of continued positive momentum at Memphis International Airport,” said Pace Cooper, Chairman of the Board of Commissioners for the Memphis-Shelby County Airport Authority. “It’s encouraging to see our passengers filling planes and outpacing our projected growth. We’re continuing to build on this momentum by meeting with airlines to find additional routes for our passengers.”