Passengers, Progress and Penny: 2019 ends on a high note for MEM 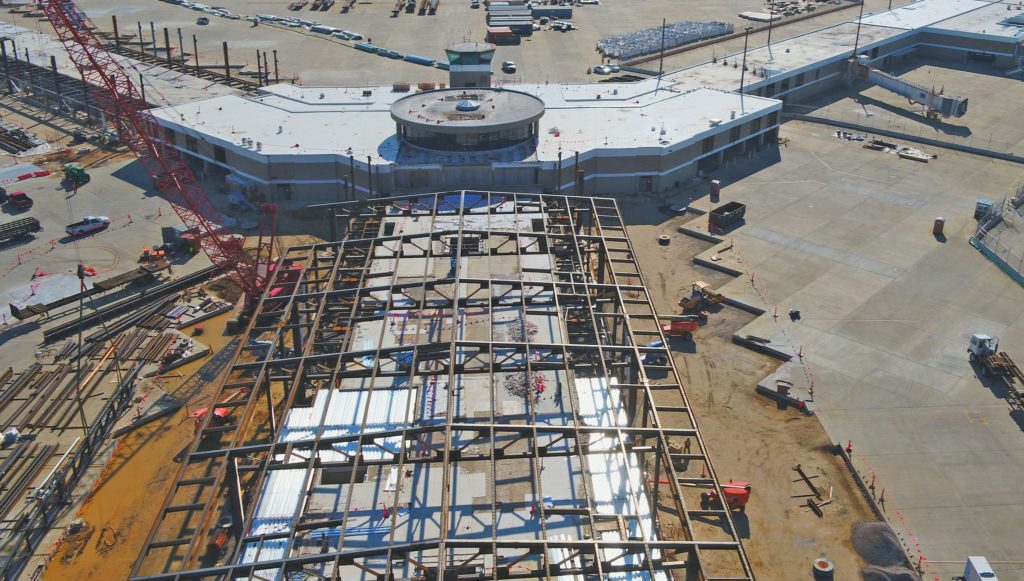 MEMPHIS, TENN. (February 4, 2020) – 2019 ended with a flourish for Memphis International Airport (MEM), with the airport experiencing its busiest December since 2007 at the checkpoint. The hustle and bustle of the recent holiday season was indicative of MEM’s continued growth and set the stage for another year of milestones and exciting projects. Following is a recap of a historic year for MEM:

For the second consecutive year, MEM experienced growth in the number of passengers, flights and available seats in 2019, an exciting trend that illustrates increased demand for air travel and the city’s tourism appeal. A total of 4.64 million passengers passed through MEM in 2019, an increase of 5.09% compared to 2018 and the 5th straight year of passenger growth for the airport. More importantly, that 4.64 million total represents a record number of origin and destination (O&D) for MEM, well exceeding the previous high of 4.4 million in 2007. In addition, the airlines responded to this increased passenger demand by adding more flights and seats: flights increased by 10.1% and seats increased by 9.5%. In the airline industry, supply follows demand: the airlines closely monitor passenger traffic and adjust by adding frequencies and larger aircraft as well as new routes. These increases are even more positive when taking into consideration the grounding of the Boeing 737 MAX aircraft, which has impacted the fleets of many major airlines. While none of the airlines regularly utilized the 737 MAX at MEM, its grounding has had a ripple effect throughout the industry.

The size and scope of the modernized B Concourse began to take shape as construction crews began building the framework of the new design. The multi-year, multi-phase plan will involve consolidation of all airline, retail, and food/beverage businesses into the remodeled concourse, which will include the addition of wider corridors, moving walkways, larger boarding areas, higher ceilings and increased natural lighting. The airport also opened a new rental car maintenance facility in 2019 and continued construction on a new airfield maintenance building and a consolidated de-icing facility. The projects represent more than $500 million in MEM construction projects. The airport receives no local tax revenue for any of these projects.

Cargo also continues to be an economic driver for the Memphis community, as MEM maintainted its status as the busiest cargo airport in North America and 2nd busiest in the world. Both FedEx and UPS announced expansion projects in 2019.

In November, the airport released its 2019 Business Diversity Development (BDD) annual report, which showed that Disadvantaged, Minority and Women Business Enterprises (D/M/WBEs) were awarded 30% of the $103 million total spent in the areas of construction, professional services and goods & services contracts. Of that amount, 61% was awarded to local businesses.

MEM also continued its participation in the Department of Transportation’s Unmanned Aerial Systems Integration Pilot Program (UAS IPP). The goal of the UAS IPP is to conduct advanced drone operations in selected airspaces to generate data and knowledge for future UAS policymaking. The Memphis team is focused on aircraft inspections and security/perimeter surveillance.

Passenger growth trends continued in January, with TSA screening a total of 184,976 passengers and employees, a 7.7% increase compared to January 2019.

MEM continues to pursue new air service, focusing on the top unserved destinations: Boston, San Francisco, Raleigh-Durham, San Diego, Seattle, and additional West Coast service in general. The airport continues to meet regularly with both new and existing airlines in order to meet the needs of our growing traveling base.

The modernization project will enter its latter stages in 2020, with the new concourse scheduled to open sometime in the spring of 2021. Recently, the UrbanArt Commission was selected to lead the airport’s efforts in creating a new art program for the B Concourse.

For more information about the updates and projects detailed in this release, visit www.flymemphis.com.