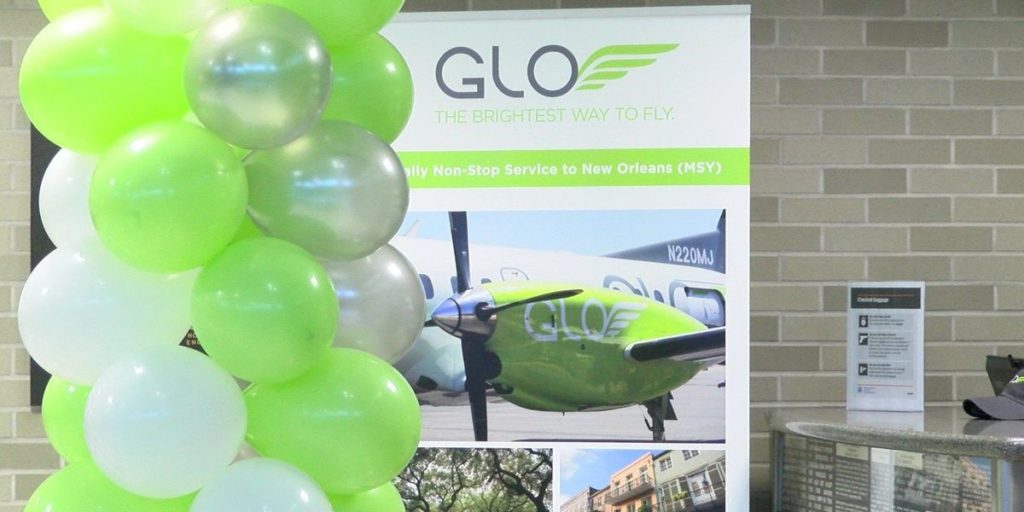 Below is a news release that GLO issued today:

For the past 20 months, GLO has successfully re-established non-stop air service to Gulf and Mid-South regional markets that were previously underserved by legacy air carriers. However, in recent weeks GLO has had to cancel an excessive number of flights due the inability and unwillingness of their flight operator, Corporate Flight Management (CFM), to properly staff flights and maintain aircraft as required.

As a result, effective July 15th, 2017, GLO will pause flight service in order to secure a better operator. All affected passengers are being contacted directly and will be refunded or re-accommodated.  Please contact GLO with questions.

“CFM’s behavior has put an unacceptable strain on relationships with our passengers and other vendors.   Despite growing demand, loyal customers, and our best efforts to enforce our contract, we have been unable to reach a resolution,” said Founder and CEO Trey Fayard.  “I started GLO to deliver a superior product to my hometown and other worthy local markets, and I refuse to settle for anything less. We look forward to returning to all markets and expanding further once the right partner is found,” said Fayard.