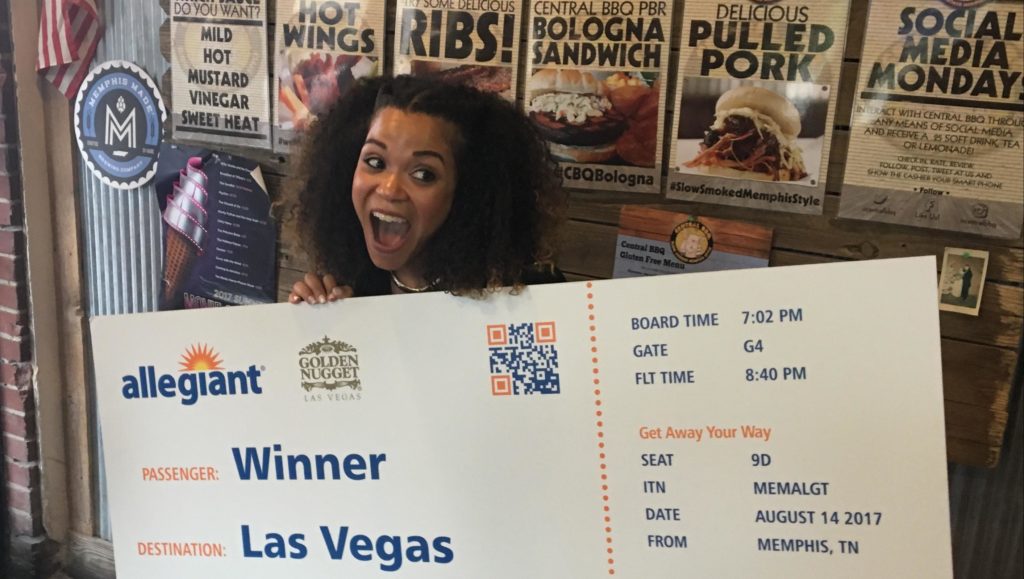 Central BBQ patrons got a pleasant surprise yesterday when they showed up at the restaurant’s popular downtown location: free lunch, courtesy of Allegiant!

The airline didn’t stop there, giving away five Las Vegas vacations to lucky passengers and bringing in an Elvis impersonator to entertain the crowd.

The airline said it wanted to show its appreciation to the Memphis market for its strong support since Allegiant began services in May 2015, and also showed its commitment to the Memphis community with a $5,000 donation to St. Jude Children’s Research Hospital.

Allegiant’s load factor rates averaged 86% in May and June, a key indicator that the airline is responding to passenger demand. Load factor refers the percentage of filled available seats.

Allegiant currently serves six current destinations from MEM, including Austin, Fort Lauderdale, Las Vegas, Los Angeles, Orlando-Sanford, and St. Pete-Clearwater, as well as seasonal summer routes to Destin and Phoenix-Mesa. The airline announced in March that its Los Angeles service would be an ongoing route rather than seasonal.